How does my car’s motor work? 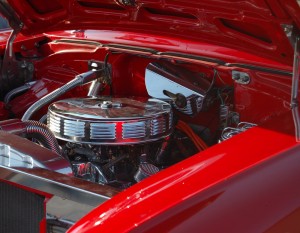 With all the billions of cars in the world, how many people do you think know how the car’s motor works

to move them around the planet? Actually a small percentage take advantage of that knowledge. Most

leave that sort of thing to a mechanic. Many people feel the engine compartment is too complicated to

understand without years of experience. And some mechanics prefer that the less you know the better

for their business. Which is fine because people need to earn a living. I say, as long as that mechanic is

going to tell you the truth. But when your vehicle costs you money in fuel , maintenance, etc., you should

know something about how it works. This will save you money and headache in the long run. This will also

help you to know how to improve the performance of the motor. Show you how to save fuel cost.

works. Later we will explore how to save by keeping the motor and the other parts of your car Easily

maintained. As well, in future posts we will explore how to save fuel and to eventually lose our dependence

on oil based products. And if you want to see how your motor works, check this site out.

So first of all here is a crash course, not a lot of detail, on how the most common engines work.

Carbureted engines mix the Fuel and air as it enters the engine through the intake manifold on the top of the
Engine. One will notice the presence of the carburetor on the intake manifold. Ordiniraly the fuel-air mixture is set with a adjustment screw located on the carburetor and will not vary due to the signals from any sensors that the vehicle may have.
There are two categories of Fuel Injected Vehicles ; Throttle Body Injection and Direct Port Injection, and both types rely on signals from the various sensors in the vehicle for delivery of a specific amount of fuel to acuretly achieve a Fuel-air mixture of 14.7:1, 14.7 parts air to each 1 part fuel, which is the most effective mixture for the engine.
Throttle body injection uses one or two fuel injectors located in the throttle body of the air intake.
According to the various sensor signals received by the Vehicles ECU, a Pulsed signal is sent to the Fuel
Injector to release fuel into the stream of air entering the intake manifold of the engine to complete
Combustion in the cylinder. The cycle of this signal (on time versus off time) does determine how much
Fuel is delivered to the engine.

Direct port injection will be most of the of systems you will find and they work on a similar principle, but
The fuel injectors release the fuel directly into the cylinder for the most effitive distribution of fuel. Direct
Port injected vehicles will have a fuel injector for every cylinder. Each injector will open and close once
Per combustion stroke, and the amount of time open determines the amount of fuel released into the
Cylinder.

There are sensors that affect the amount of fuel that the engine mixes with the air to achieve
The most efficient fuel burn. The MAF Sensor, the MAP Sensor, the 02 Sensor, Air intake Temperature
Sensor all aid in determinating the amount of fuel the engine will mix with the incoming air but the sensors that
We will talk about are the MAP or MAF sensor and the 02 Sensor.
The job of the MAP/MAF sensor is the same but they go about it in two different ways. Their job is
Basically to tell the computer how much air is flowing into the engine. This information is used to calculate how much
Fuel is required for that amount of air. The MAP/MAF sensor is the “starting point” for the air
Fuel mixture. If the MAP/MAF sensor tells the computer that “X” amount of air is coming into the engine,
Then it needs to add “Y” amount of fuel to achieve “about” a 14.7:1 air fuel mixture. The 02 Sensor then fine tunes
The mixture.

Soon we will look into the adding of a hydrogen suplement and how it effects the performance of your vehicle.

1 Response to How does my car’s motor work?