How Many Know This? 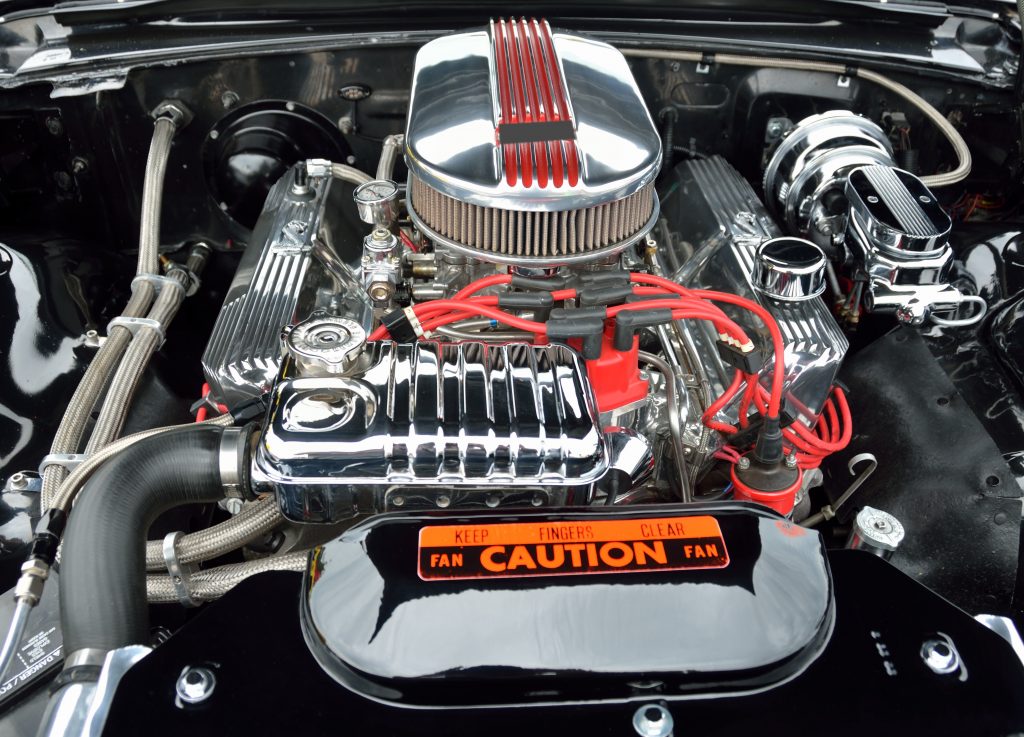 There are two principal types of Gasoline Engines. Motors that are Carburetor and motors that are fuel injected.
Most of all vehicles after the mid 1980s are Fuel injected. Most of those before the mid 1980s have carburetors.
Engines with carburetors mix the Fuel and air as it enters the engine through the intake manifold on the top of the Engine. One will notice the presence of the carburetor on the intake manifold. Usually the fuel-air mixture is set with a adjustment screw located on the carburetor and will not vary due to the signals from any sensors that the vehicle may have.

There are two categories of Fuel Injected Vehicles ; Throttle Body Injection and Direct Port Injection, and both types rely on signals from the various sensors in the vehicle for delivery of a specific amount of fuel to achieve a Fuel-air mixture of 14.7:1, 14.7 parts air to each 1 part fuel, which is the most effective mixture for the engine.
Throttle body injection uses one or two fuel injectors located in the throttle body of the air intake.
According to the various sensor signals received by the Vehicles ECU, a Pulsed signal is sent to the Fuel
Injector to release fuel into the stream of air entering the intake manifold of the engine to complete
Combustion in the cylinder. The cycle of this signal (on time versus off time) does determine how much
Fuel is delivered to the engine.

Direct port injection will be most of the of systems you will find and they work on a similar principle, but
The fuel injectors release the fuel directly into the cylinder for the most effective distribution of  fuel. Direct
Port injected vehicles will have a fuel injector for every cylinder. Each injector will open and close once
Per combustion stroke, and the amount of time open determines the amount of fuel released into the
Cylinder.

If the MAP/MAF sensor tells the computer that “X” amount of air is coming into the engine, Then it needs to add “Y” amount of fuel to get “about” a 14.7:1 air fuel mixture. The 02 Sensor then fine tunes The mixture.

As you drive your vehicle , over time components will wear.  Tires and brakes and some electrical goodies , as well , the motor and its accessories.  Of course tires and brakes will wear according to ones driving habits.  Other vehicle parts are made at the factories to only last so long.  They depend on you being the return customer. It is called “pre-planned obsolescence”.

This is sort of built into every part.  Engines are tuned at the factories to be sluggish with no surprises kind of…  One would get the impression that “this Car ” will run forever and you don’t need to know anything, from some advertising.   Why this one performs just like the …..Why, you can be a Super Hero!

Actually it is really a good thing to know about how your transportation works .

You can use a low octane fuel in the modern engines , or any engine. But that does not necessarily mean it is good for the system.

The Automotive Industry has designed various parts within motors so it won’t get that pinging noise like older style motors But with the Low Octane fuels the piston stroke is short leaving out a lot of power, and most of the fuel you buy is being burned in the catalytic converters and being left behind in the form of carbon deposits on the inside engine walls. Running sluggish and clogging everything up decreases the life of the motor because everything has to work harder.

Inside engine walls are not smooth. They have hone marks that are designed to hold oil and this is a big part of the lubrication system.

So when large amounts of carbon are left behind by an inefficient system then the engine is no longer being oiled properly, the system is running rough, and hotter, polluting stronger, and engine parts are wearing away faster.

The solution is to use high octane fuel in your vehicle.  You can buy it. 100, 105 octane fuel is expensive. Many race car drivers get this fuel.

What high octane will do is burn hotter and quicker allowing the piston to go the full stroke and with that comes more power. With high octane fuel comes a more complete burn, 85% as opposed to about 40% with low octane.   So with burning the higher percentage of fuel there is a whole lot less excess actually keeping the engine walls clean and polluting very little.  And you are going farther , in terms of miles , simply because there is no longer any waste.  The engine will also run much smoother and quieter.  Smoother and quieter means all the mechanical stuff does not have to work as hard. It also means the engine is running cooler.

Now with a high octane fuel the motor is working like it is actually designed to.

As long as the Engine Control Unit accepts the higher octane , just a matter of tuning , so the system adjusts to what the various sensors read.

There are many ways to increase octane. Some work better than others.    The one I use is a Hydrogen on Demand system.   This system creates hydrogen only as it is needed, thus,  no storage of hydrogen is necessary.  All the benefit comes with no modification of the engine and with all the tuning parts solved . It comes complete, I mean, absolutely everything down to the last bolt , and made at the factory in the USA.

It is a very professional looking system  and it works very well.   The engine oil stays so clean,  at 5000 miles the oil looks clear like I just changed it yesterday.   The systems are not expensive and depending upon ones driving habits , it will pay for itself in saving of fuel cost in short periods of time.

The hydrogen increases the octane value so the motor will work more like it was built to do. Using regular gas ,that is, low octane the motor always runs sluggish compared to what an octane booster would do.  When you see the difference, you will never go back to low octane anything again.

Once the HHO system is installed, it will create fuel as you drive from the little water source you carry around.  Hydrogen only as you need it.  The savings in gasoline will be large and you will prolong the life of the motor.

Most folks are interested in saving money.  Hydrogen on Demand systems are not very expensive because the whole idea is to help people to save, to become less dependent on petroleum , to aid people toward becoming more aware of the environment.

The knowledge about this technology is Free.   The more you know, the more you can do for yourselves and for others .  So be it.

For more information go to   https://goodmileage.com

This entry was posted in Uncategorized. Bookmark the permalink.

6 Responses to How Many Know This?